Wherever the Roman army went they built forts . If they were on a march through enemy territory they would put up a temporary fort every night made from turf and a 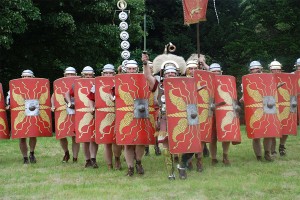 wooden palisade or strong fence. If the fort was to guard a bridge or town they would build amore permanent structure out of wood or eventually stone.

We can tell that there was a small fort next to the bridge over the Nene by the markings that have been seen in the crops in the fields which show where the ditches were that ran around the outside of the fort. It would have been made out of an earth bank topped with a large timber fence. There would have been a strong gateway to guard the entrance and barrack buildings inside for the soldiers.  The fort was there to guard the bridge and to be a place where soldiers or other travellers could have stopped in safety on their journey north or south up Ermine street. It may not have been there for many years because as that part of the province became peaceful it would not have been needed. 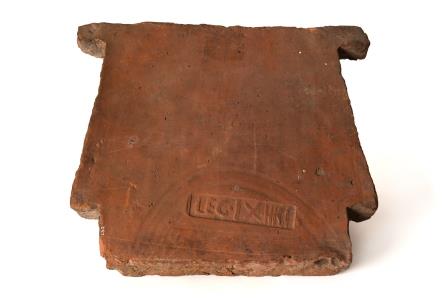