One of the major things the Romans did was to build network of roads across the province connecting all the major towns and military forts.  These were originally built by the army as they established control over the tribal territories but responsibility for their upkeep would have been passed to the authorities with the various towns.

We know from archaeology how the roads were regularly resurfaced and repaired which shows how important they were. Settlements or town were usually set up a day’s march or 20 to 30 km along the major routes, and distances between towns were clearly marked on milestones.

Having a secure road system meant that not just troops but people and goods could travel from town to town relatively safely. The rich could travel in a litter or chariot, goods got loaded into carts drawn by horses or oxen, while the poor foot soldier or traveller had only one way of eating up the  miles – walking .

The body in the Coffin 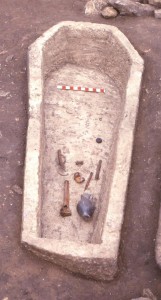 When excavating in Normangate field, one of the industrial areas outside the town of Durobrivae, archaeologists found a stone coffin containing the remains of a wealthy woman. She was probably a member of one of the families connected to some of the

Industries that were happening in that area.   In the coffin were items of gold jewellery, which  indicated her status and a flagon which probably originally contained refreshment. It was common for Roman graves to contain items to show what that person did when they were alive as well as food and drink for their journey into the afterlife. 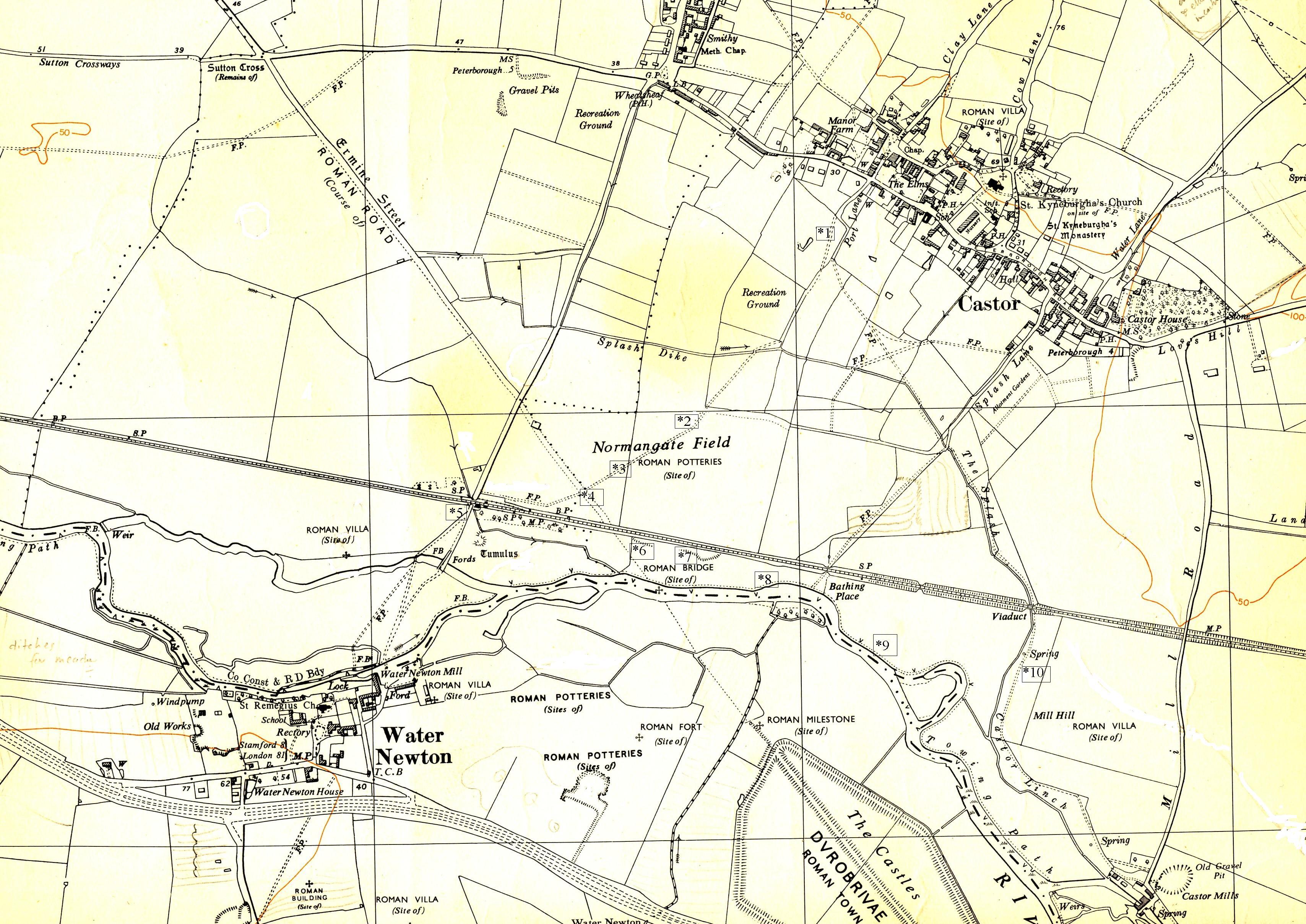