Edmund Artis was the first person to explore the Roman remains of the top of Church hill at Castor in the 1820’s.  We now realize that there was a very large single building over 110m wide and 20 metres deep which judging by its foundations was probably at least 3 stories high.

The building had a central range and wings on both sides and faced down the slope of the hillside towards the town of Durobrivae.  Impressive mosaics and wall plaster

were also recorded within some of the rooms which show what an important building it was.

It may also have a temple attached to it, but it was far more than a very large villa.  However we cannot be sure who lived there or what its main purpose was.  The best suggestion is that it was used to administer the large agricultural area to the east in the fenland which could have been part of an imperial estate belonging to the emperor.

The Praetoruim would have been well located on an east-west road running towards  the fens so that an important official could have governed this area and ensured that all profits were properly recorded and sent back to Rome for his imperial master. 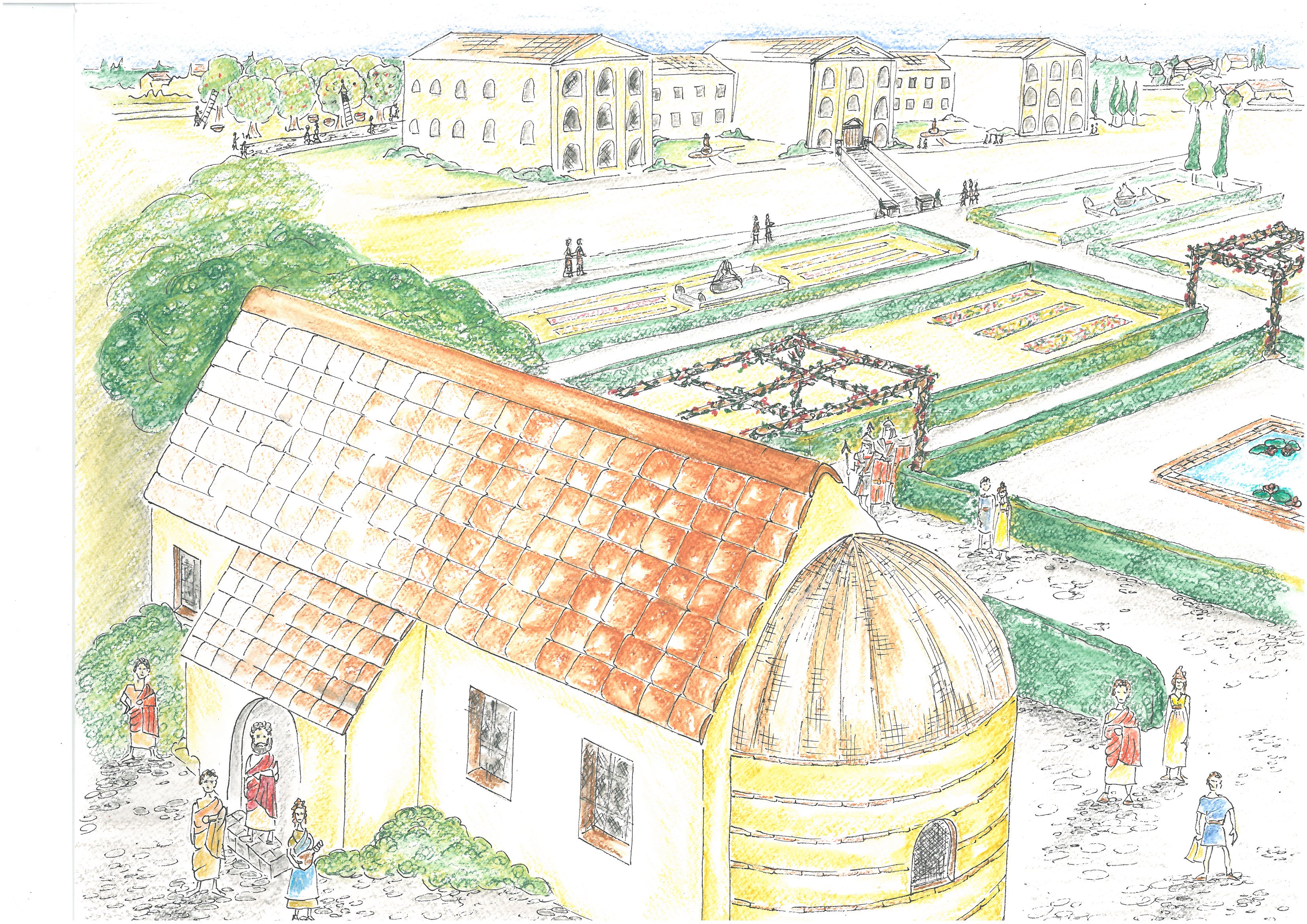